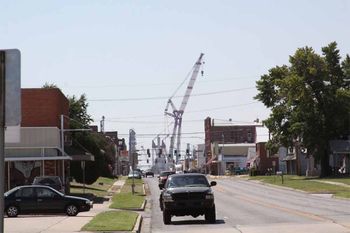 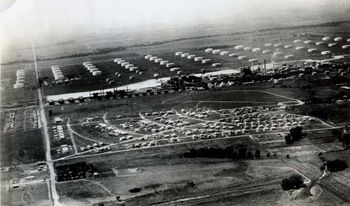 Greg Garland told Phillips stockholders at the first meeting that Phillips had executed the spin-off from ConocoPhillips flawlessly. "When you think about the Company, we had a strong operating performance. We ran well," said Garland. "We stood up the Company in a very favorable margin environment, so all those things came together for really strong year of financial performance for our Company. We delivered $5.4 billion of [adjusted] net income in 2012. Our return on capital employed was 22%. We're so proud of our employees and what they accomplished in standing up the Company, but also for their commitment and their dedication in creating and capturing value for our shareholders."[2]

Garland received questions from stockholders John Pajak who works at the Bayway Refinery and commended Phillips for its repsonse to Hurricane Sandy. Stockholder Jimmie Dunn commended Phillips on its first year performance and asked why Phillips bought back stock rather than increasing the dividends. Stockholder Governor Clements said he was very pleased with Phillips' performance. Stockholder Jim White said he was a suppler to Phillips and commended Phillips for the response post superstorm Sandy and for Phillips ongoing commitment to family values and safety. Stockholder Michael Mulvany, the business manager for a local steamfitters union headquartered out of North New Jersey, thanked Phillips for their commitment to safety. "My union's relationship with that refinery goes back 103 years when Mr. John D. Rockefeller opened up Standard Oil," said Mulvany. "We've been there when it was Exxon, Tosco, ConocoPhillips and now Phillips 66. And we're hoping to be there another 103 years with all you fellows, and your good team of leadership." Stockholder Caroline Hockley asked about Phillips controlled pipelines and Garland responded that Phillips has "a state-of-the-art controlled facility, one of the newest and, I think, best in the industry in Bartlesville, Oklahoma." Stockholder Jimmie Dunn asked how he could get a tide in ConocoPhillips "beautiful hot air balloon."[3]

The Herald Online reported on April 17, 2013 that will host its First Annual Meeting of Stockholders on Wednesday, May 8, 2013 at 9:00 a.m. CDT at the Marriott Houston Westchase at 2900 Briarpark Drive, Houston 77042. Stockholders must present an admission ticket or proof of ownership of Phillips 66 stock, as well as valid picture identification, to enter the meeting. Phillips also encourages company employees to attend the meeting.[4]