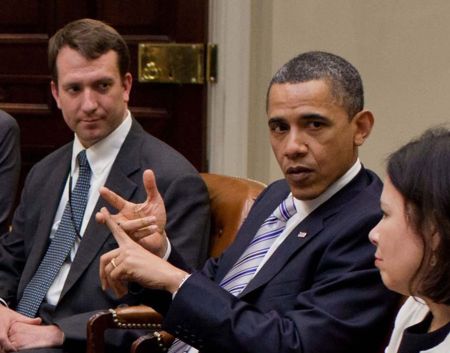 Jon Carson served as a Peace Corps volunteer in Honduras from 2004 to 2006. Carson later served as national field director for Barack Obama’s campaign in the primaries and general election in 2007 and 2008, on the Obama transition team, as chief of staff at the Council on Environmental Quality in the Obama White House beginning in 2009, as Deputy Assistant to the President and Director of the Office of Public Engagement beginning in 2011, and as Executive Director of Organizing for Action beginning in 2013.Carson is credited with the strategy of focusing the Obama campaign on winning small caucus states around the country which won Obama the Democratic nomination for President over Hillary Clinton in 2008. According to Josh Gerstein Carson "is credited with executing the Obama campaign’s 'Feb. 5 plan' — a massive contingent of operatives and volunteers placed in 22 states while the press and top Obama aides focused on the four earliest contests."

Read our definitive biography of Jon Carson and the Tactics and Startegies of "Organizing for Action."