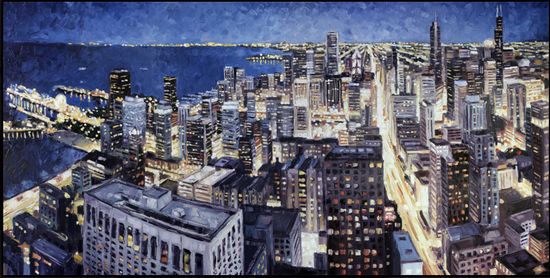 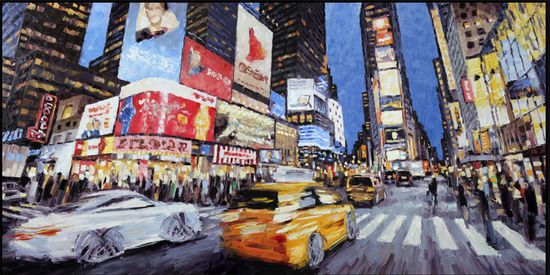 To celebrate the dawn of a new decade, Pickens Museum has opened a new exhibition in the atrium of City Central at 400 E Central in Ponca City titled "Winter in New York" which includes three murals of Seventh and Eighth Avenues in New York City. The murals by Oklahoma artist Roger Disney, depict traffic heading towards Times Square evoking the famous New Year's Eve Ball that descends atop One Times Square, as an estimated one million people in Times Square, millions nationwide and over a billion watching throughout the world are united in bidding collective farewell to the departing year and expressing joy and hope for the year ahead. The exhibition will be on display until the end of January. There is no admission charge. "This is a opportunity for citizens of Ponca City to view murals that evoke the iconic images of New Years in Times Square.," says Hugh Pickens, Executive Director of Pickens Museum. "It is time to reflect on not just a new year but a new decade in Ponca City and what the citizens of Ponca City can accomplish in the coming ten years.."