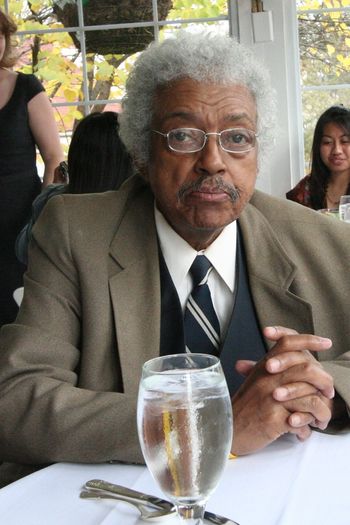 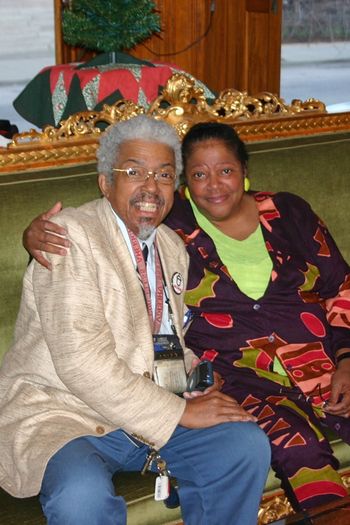 Viewing begins at 10 am

Sidney James Toombs Jr. was born in Philadelphia, Pa on April 10, 1940, the son of Mildred Lurene Shields and Sidney James Toombs Sr. Sidney grew up on the 2100 block of Diamond Street and the 2400 block of 29th Street. Sidney and his sister Sunday June spent summers with their grandparents in Wilberforce, Ohio where his grandfather Norwood Shields was a professor of agriculture at Central State College.

Sidney attended Douglas Singerly Elementary School, Fitzsimmons Junior High School, and Germantown High School where he graduated in 1958. Sidney was an altar boy at St. Augustine's Episcopal Church and Sidney ran cross country and was a high school track star. Sidney attended Central State College in Wilberforce, Ohio and was a member of Phi Alpha fraternity and the Reserve Officer Training Corps (ROTC). Sidney attended Temple University from 1972 to 1974 on a part time basis in the Temple Opportunity Program (TOP).

Sidney was employed by the United States Post Office as a clerk and he worked at Domino Sugar. In his later years Sidney was a census taker and he worked on voting machines in every election. Sidney also held a position with the Harmonious Volunteer Center, a program for feeding the homeless. Sidney cared for his mother, Mildred S. Toombs, in her home for over twenty years. After his retirement and his mother's death in 1996, Sidney lived the last years of his life at the Landreth Apartments in South Philadelphia beginning in 2009. Sidney was a member of Operation Town Watch, an organization dedicated to the development and promotion of organized, law enforcement-affiliated crime and drug prevention programs.

Things that Sidney loved include his favorite restaurants, Charlie's Country Ribs at 2528 W Diamond, the Prime Rib at 1701 Locust St., and McGillians on Drury Lane, one of America's oldest pubs and Philadelphia's oldest continuously operated tavern. Sidney loved Argyle Dark Corojo cigars from Holt's and Crown Royal, a blended Canadian Whisky. Sidney loved to read "The Rubaiyat" by Omar Khayyam. Sidney often told friends that he was living the life of an "English Earl" and Sidney always said that AA stood for "Alcohol Allowed". Sidney was a movie buff and a history buff with a special interest in World War Two and the D-Day invasion. Most importantly, Sidney deeply loved his family and all his many friends. Sidney never met a stranger. Sidney's bright eyes, wonderful smile, warmth and generosity, made him loved by all.

For the last ten years, Sidney loved coming to Oklahoma every year and spending Christmas and New Year's holidays with his sister Sunday June and her family. Sidney came for one month every year and loved staying in the Guest House which he called a "Five-Star Hotel," watching movies around the clock and playing endless games of "cut throat" pinochle with his sister. On one of his trips to Oklahoma, Sidney visited Langston University in Langston, Oklahoma where his mother, Mildred Shields Toombs, was born in 1907 when her father Norwood Shields was one of the first professors of agriculture at the only historically Black college in the state.

Sidney is survived by his sister, Dr. Sunday June Pickens and her husband Hugh Pickens of Ponca City, Oklahoma; by his son Sidney Jack Toombs III and his wife Lisa Toombs and two granddaughters Nia Nicole Toombs and Winter Joy Toombs, all of Philadelphia; by his daughter Celeste Toombs of Durham, North Carolina; by his daughter Stephamie Rose Jones and her husband Rahsaan Jones of Snellville, Georgia; by his cousin Strawberri Lucas of Newark, New Jersey; by his cousin Leonard Blake and his wife Barbara Blake of Columbus, Ohio; by his cousin Norwood Rainey, of Tuscon, Arizona; by his cousin, Sandra Fisher, of Los Angeles, California; and by numerous other relatives including Atreva and Clyde Vaughn Jr., Delena D. Johnson, Pamela Blake, Patricia Blake-Smith and Jonathon Smith, Lavern Williams, and Gwendolyn and Marcel Hollenger, and several other relatives.

Sidney passed away due to complications arising from cancer of the liver on July 5, 2014 at 7:41 pm at University of Pennsylvania Hospital in Philadelphia. With him at the time of his death was his son Sidney Jack Toombs III and his sister Dr. Sunday June Pickens and her husband Hugh Pickens. Sidney was 74.