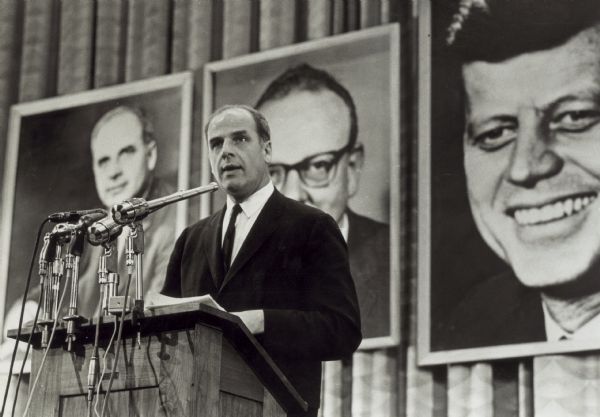 Nelson stands at a podium and addresses a crowd during a Democratic Convention, probably during the 1962 Senate elections. Behind Nelson are three oversize portraits; from left to right they are: Governor Nelson, who was running for the United States Senate, John Reynolds, who was running for Governor of Wisconsin, and President John F. Kennedy.