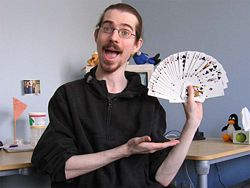 There were over 300 comments posted on this topic[1] on Slashdot.